Interview: The General Director of the "Amber Combine" told about the work of the enterprise in the conditions of sanctions

The Kaliningrad Amber Combine of Rostec State Corporation is increasing the extraction of stone and expanding the staff, despite the sanctions. The company's customers are finding new logistics ways to deliver the purchased amber. Mikhail Zatsepin, General director of the Kaliningrad enterprise, which celebrated its 75th anniversary on Thursday, July 21, told about this "Made in Russia" in an interview. 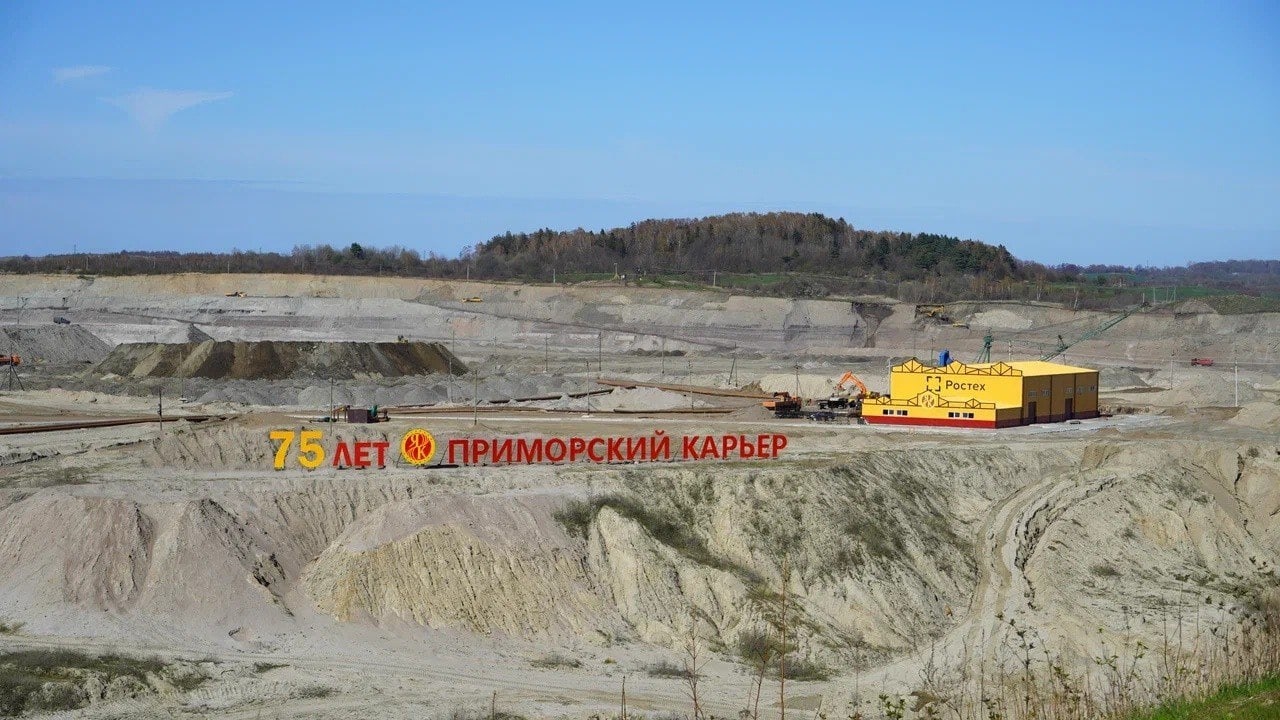 Mikhail Ivanovich, tell us, does the company have problems with logistics? After all, due to the sanctions and due to the peculiarities of the geographical location of the Kaliningrad region, many industries are experiencing difficulties in transporting products.

— The current economic changes have not affected the activities of the Kaliningrad Amber Combine. As for the sanctions, the restriction of transit through the territory of Lithuania forced amber buyers to adjust the logistics of delivery of the purchased succinite (high-quality amber - ed.). If earlier, after shipment from the warehouse, amber was mainly delivered via the Baltic States by road or railway transport, today most often the cargo to China, for example, is sent from the Kaliningrad region directly by sea.

Which countries are the main buyers of amber now?

— More than 90% of raw amber (raw amber - ed.) is sold on the St. Petersburg Stock Exchange, the rest is sold at auctions for processors. 70% of the raw materials sold are exported – mainly to China, the UAE, Kuwait and Qatar and other countries of the Persian Gulf. The plant has no direct contracts with processors.

What equipment for amber extraction and processing is used at the enterprise: domestic or foreign? Are there any difficulties with servicing imported cars?

— Both Russian and foreign equipment is used in the technological process and in jewelry production, and in mining in the quarry. Today, the wear of the equipment fleet is minimal, the modernization took place in the last two years. Our specialists solve all the problems that arise in the process, including repair and maintenance of equipment.

The Amber Combine is the largest sunstone mining enterprise in Russia, what are the company's indicators in 2022?

— The new amber mining season started on April 4. Over the past half of 2022, we have received 230 tons. The plan is being implemented. During the year, the company produces 500 tons of finished amber, that is, washed and cleaned from the ground stone. The market demand is 500-600 tons per year.

In 2022, 4 auctions were held for various categories of amber processors (for artists, representatives of microbusiness, an auction of exclusive amber), 7 more auctions are planned by the end of the year.

How many people work at the plant?

— Today we employ 1,044 people. The increase in the number of employees compared to last year was 12% or 112 people. The combine does not reduce specialists, but recruits them. Vacancies for amber carvers, collectors and processors of products and other specialists in the jewelry industry are open today. At the combine, official employment, transfer to the place of work, a full social package. 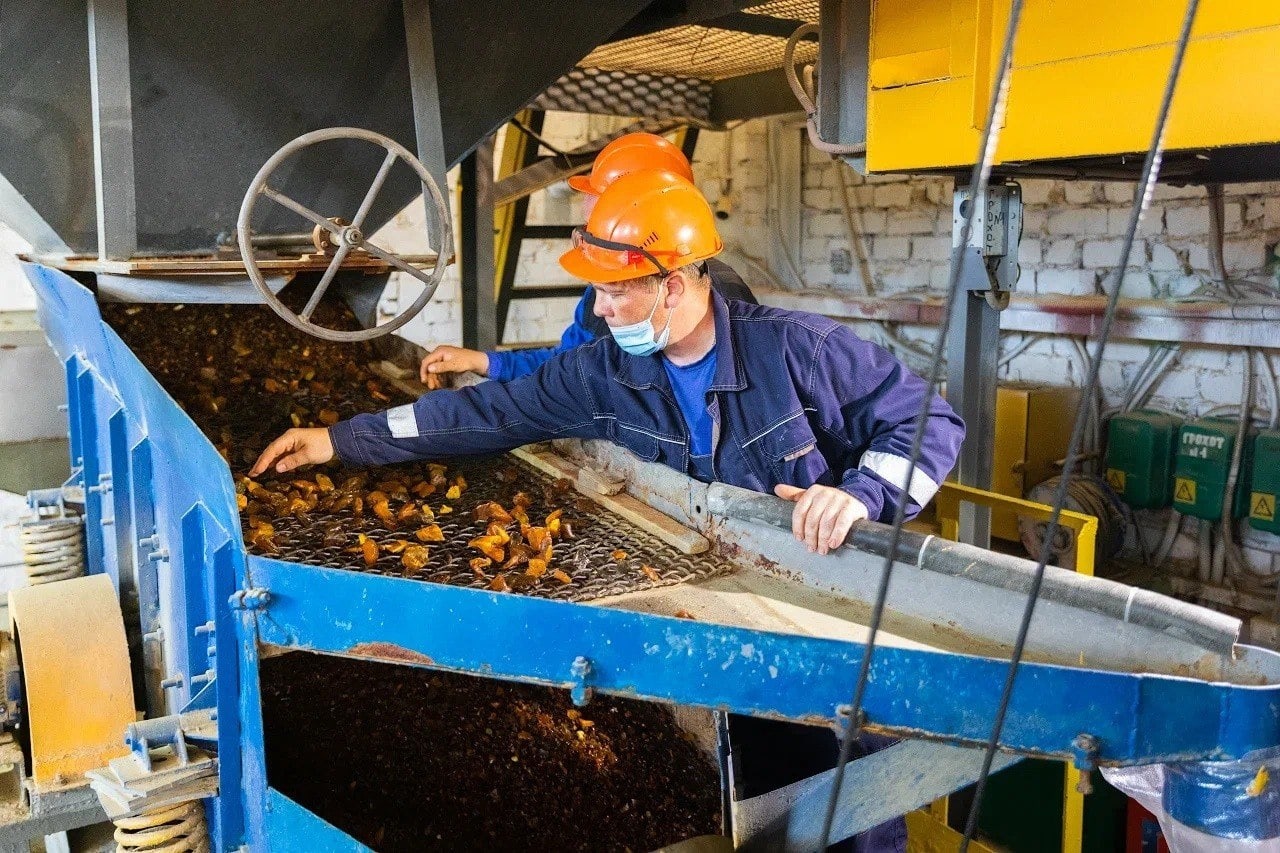 Mikhail Ivanovich, what are the company's plans for the development of amber mining?

— The company continues to develop, all the key indicators set until 2025 are being met, new facilities are being introduced. If compared with the same period last year, production for the same period is 6% higher. To date, 11 nuggets have been mined, last year there were 21 in total.

The combine continues to increase the volume of amber sales through exchange auctions and auctions, which makes the sale of raw materials more transparent and accessible to everyone. 658.9 tons of raw amber worth a total of 3.3 billion rubles were sold at stock auctions in 2021. Over several years of work in this direction, the necessary experience has been accumulated for more efficient formation of lots, in accordance with the requests of consumers.

Recently, an Amber Forum was held in the Kaliningrad region. Mikhail Ivanovich, how do you assess its results? Did new partners and contracts appear after him?

— The Forum in 2022 was attended by more than six thousand participants. This is a platform for discussions, attracting new partners. This year, the issues of cooperation between the Kaliningrad Amber Plant and the Armenian jewelry factory "Shogakn", engaged in diamond processing, were discussed. The League of Jewelers from Kazakhstan, headed by Chairman Kaysar Zhumagaliyev, became interested in cooperation with the plant.

Among the guests of the event were delegations from China, Kuwait, Turkey, Lithuania, Serbia. Honorary Consul of Kazakhstan in Kaliningrad Alexander Kanevsky took part in the opening. The forum was also attended by Honorary Consul of Armenia in Kaliningrad Yuri Kajoyan and Advisor to the Ambassador of Armenia to Russia Karen Sudjian. Representatives of the Presidential Administration of Russia, the Ministry of Industry and Trade of Russia, the government of the Kaliningrad Region, members of the business, scientific and cultural communities also arrived.

In two days of auctions, 80 lots worth over 20 million rubles went under the hammer. Nuggets weighing more than 1 kilogram, inclusions and stones in the form of drops have found their owners, both in Russia and abroad. 17 residents of Russia, Serbia, Armenia, Turkey, Hong Kong participated in the auction. 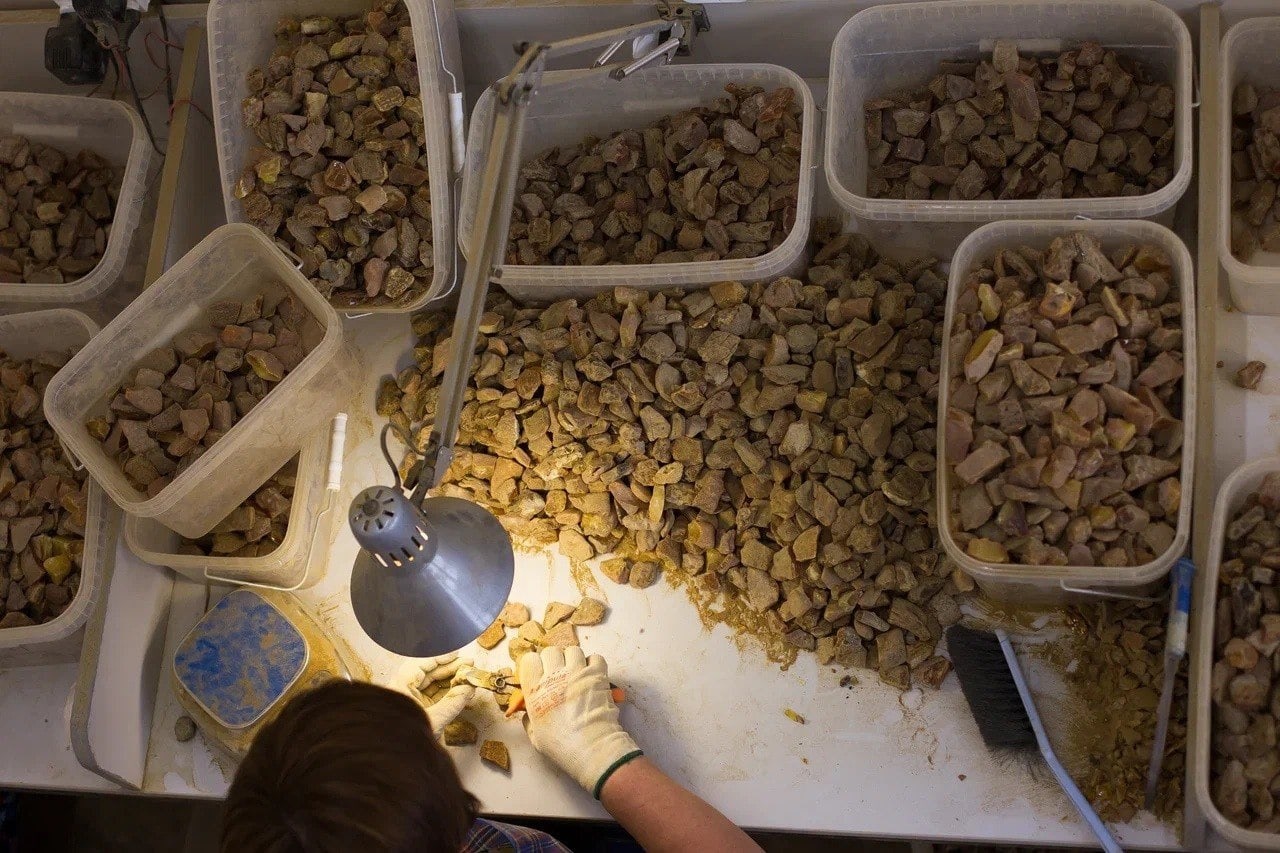 How does the region help the enterprise?

— Our company is one of the key companies in the economy of the Kaliningrad region, cooperation with the regional government is conducted on an ongoing basis.

In 2019, an amber industrial cluster was created. On March 26, 2019, it was included in the register of industrial clusters of the Ministry of Industry and Trade of the Russian Federation. It became the first official industrial cluster of the Kaliningrad region. The creation and development of the amber industrial association of suppliers is an important, regionally significant project. Last year, an agreement was signed on the supply of raw amber in the amount of 25 tons for the association. This project provides employment for processors in the region for several years ahead. The contract, as of today, has been executed.

In 2021, Sergey Chemezov, General Director of the Rostec State Corporation, visited the Amber Plant. With his participation and the participation of the Governor of the Kaliningrad region Anton Alikhanov, several important agreements on cooperation in various fields were signed.

Mikhail Ivanovich, tell me, what innovations are expected by the company?

— First of all, it is worth noting the decision to expand jewelry production, which has created 167 new jobs to date. The new capacities allow processing up to 50 tons of amber per year, at the moment about 30 tons have already been processed. For comparison, before the opening of a new jewelry production, the volume of processing was 3-5 tons of amber per year. Today, the principle of waste–free production is successfully applied - all fractions of the gem are processed, even the smallest. 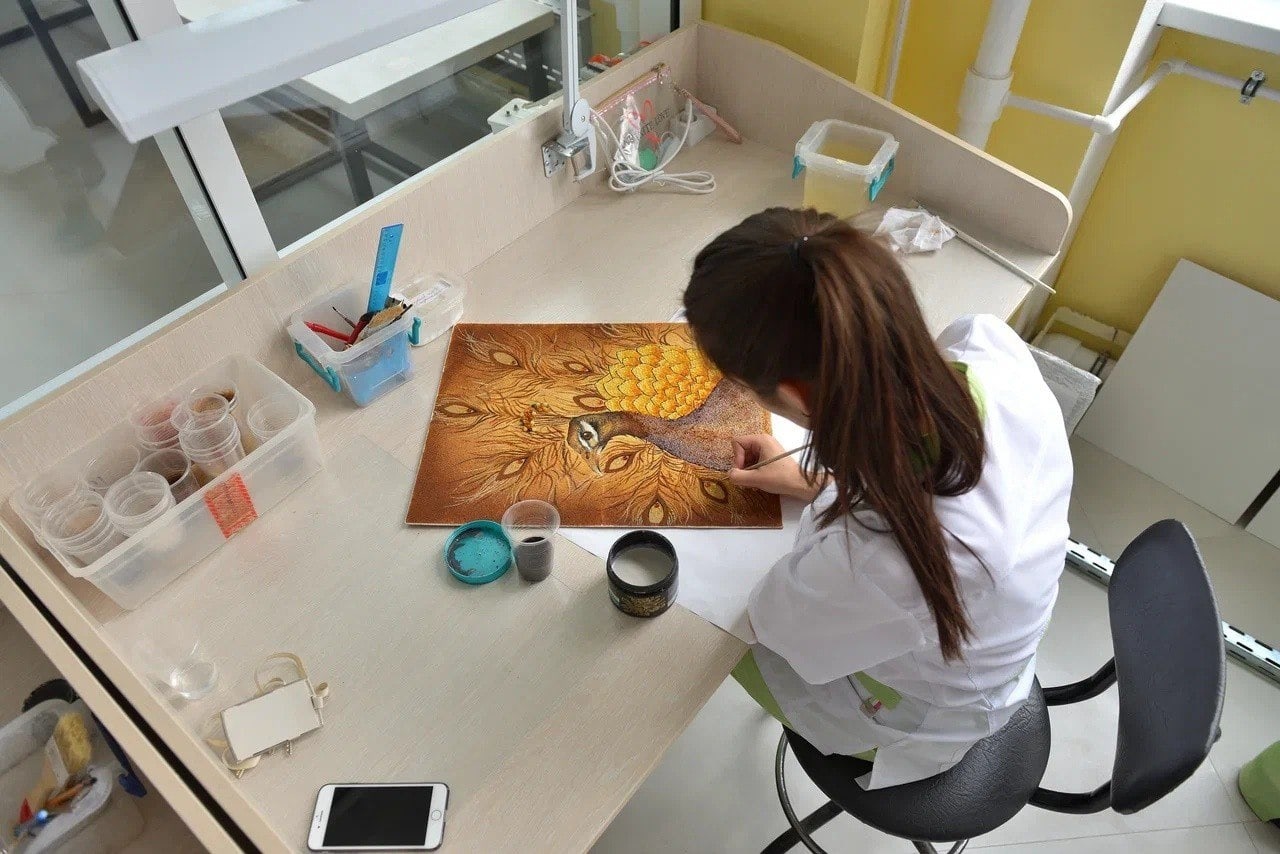 What problems is the plant facing now?

— The Amber Plant requires specialists for jewelry production. Today, for example, we have vacancies for amber carvers, collectors and processors of products and other specialists in the jewelry industry. On-the-job training is possible. Creative people are needed to develop and promote the amber brand not only in Russia, but also in the world. Otherwise, all the tasks set, including the suppression of illegal extraction and sale of amber, are solved at the state level, within the framework of the Strategy for the development of the amber industry in Russia until 2025.

How has the company's income changed compared to 2021?

Last year, the plant invested 613 million rubles. And in general, the investments of Rostec State Corporation in the modernization of the enterprise amounted to 1 billion rubles.

The main financial indicators of the Kaliningrad Amber Combine for 2021:

The main financial indicators of the Kaliningrad Amber Combine for the first half of 2022: