Tonar Machine Building Plant has released an updated four-axle model of semitrailer with a front outrigger axle and aluminum sides. This made it possible to reduce the weight of the vehicle, reported the press service of the enterprise.

Now the company began to produce two models of flatbed semitrailers. The first model is the three-axle flatbed semitrailer with a length of over 13 meters and curb weight of the loaded trailer more than 7 tons. It can carry loads of up to 31 tons.

The second semitrailer is a four-axle trailer with a length of almost 17 meters and a 9.3-tonnes curb weight. It can be equipped with cargoes of up to 51 tons. 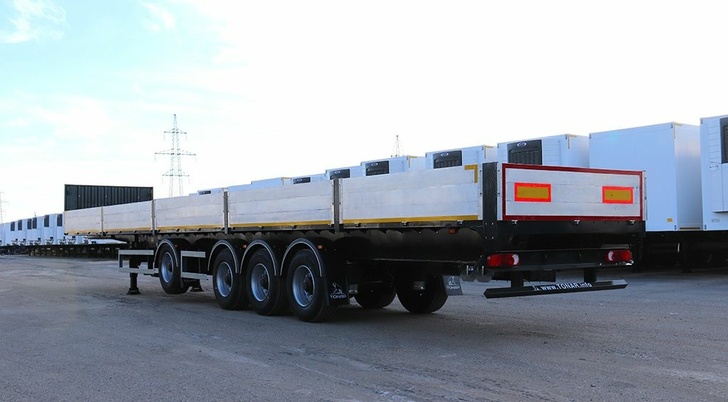 In August the Russian manufacturer of semitrailers Grunwald announced the release of a new four-axle model with an axle arrangement of 1+3, with the first axle spacing of 2.51 meters.

Last month the company assembled the first batch of the new lightweight low load container trucks for a customer in Lithuania. The trucks were produced for transportation of 40-foot containers destined for container terminal of Klaipeda port.