"VkusVill about import substitution: any product can be made in Russia

The changing economic situation on the market has caused many Russians to worry about the availability of certain products in stores. The editorial team of Made in Russia talked to Ksenia Lavrova, leader of the customer food route of one of the country's largest retail chains, VkusVill, about the product situation in the market and the company's work in the current environment. Read in the article how VkusVill is lining up producers and whether the assortment will change.

More than 87% of the products presented in the VkusVille retail network are made in Russia, said Ksenia Lavrova.

"There will be no global changes in the assortment. Yes, some individual products may disappear from the shelves, but we are already working to find replacements for them.We work with more than 1500 producers, so for almost every product we have a backlash - that is, one and the same product for us makes several suppliers. All of them have passed audits and tested the quality and safety of products in our laboratories, food institutes and accredited laboratories of our partners, "- said the expert. 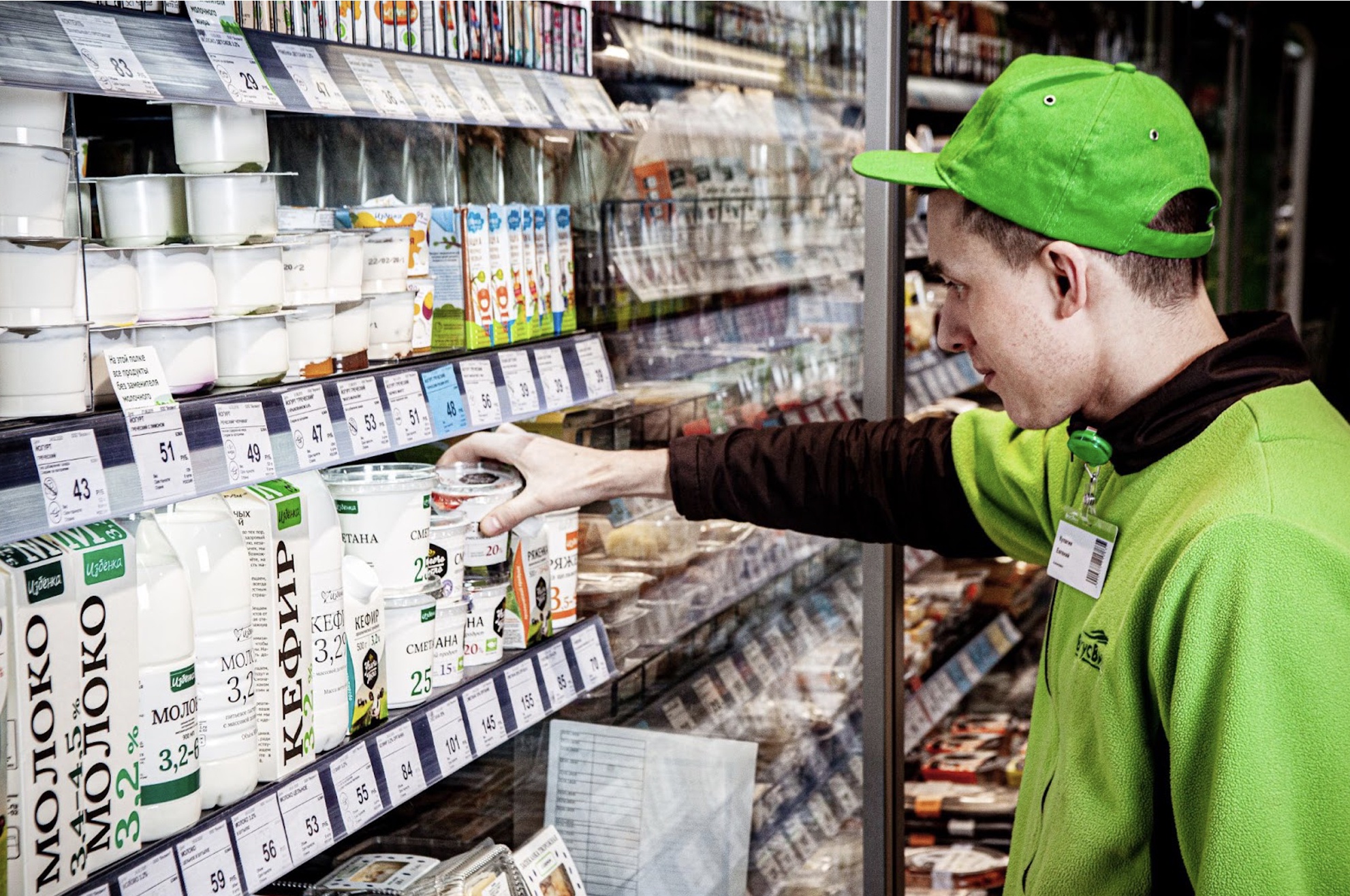 Moreover, in some product categories products are already entirely from domestic suppliers. "We supply milk from different regions of our country, but the largest share - from "Lebedyan-moloko" in Lipetsk region and the dairy plant "Penza". We also work with one of the largest producers of white cheese in Russia, the company "Umalat", their factory is located in the Bryansk region. Today the company is a leader in the speed of change: it is no longer just a factory, but a high-tech production facility. The plant is ideally clean, all processes are fine-tuned, each stage of cheese production is carried out under strict control, "- shared Lavrova. 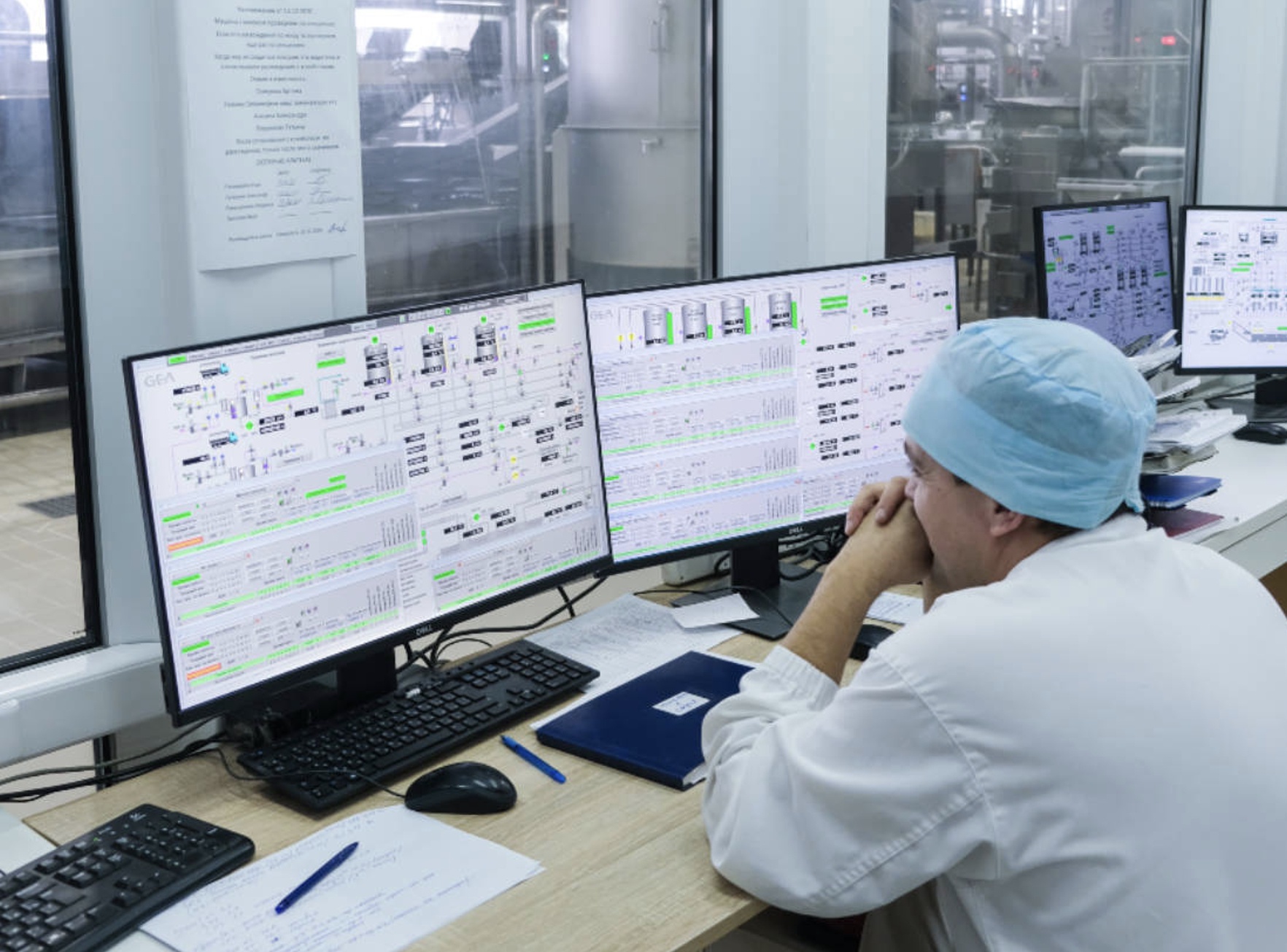 According to her, many buyers were concerned about restricting imports of vegetable milk, as its popularity in recent years has increased significantly. However, there are suppliers in Russia who are ready to replace foreign goods in this category. "There is an enterprise in Chelyabinsk, which is one of the three largest Agroholdings of the South Urals - the association Soyuzpischprom, where they produce almond, oat and rice milk for VkusVilla," explained the expert. 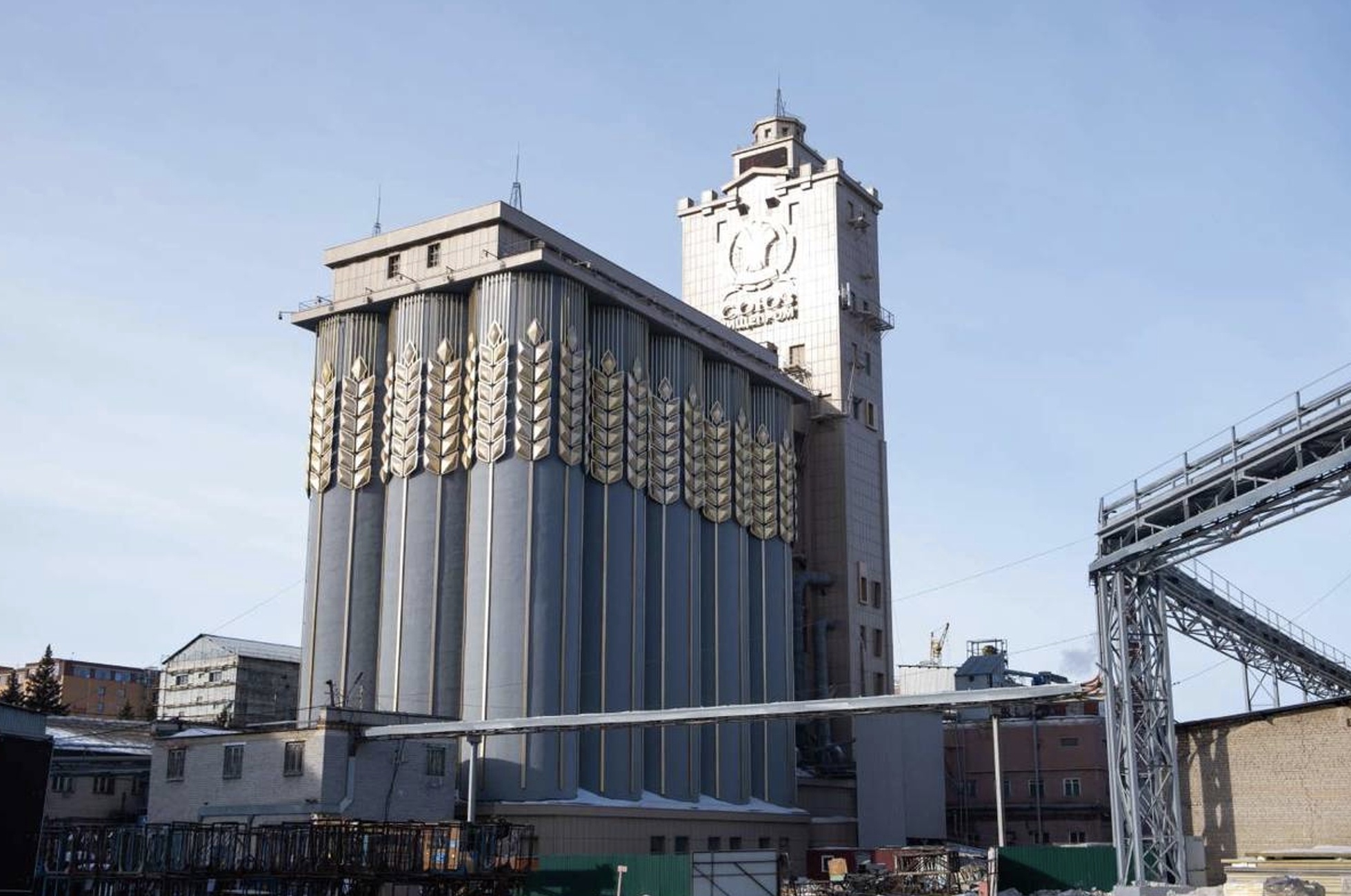 Another sensitive issue for Russians was baby food. According to the retail chain, the product now arrives on the shelves from Russia and Belarus without interruption. "For example, a baby food factory in Dmitrov district of Moscow region produces vegetable puree, meat, fish, and multi-ingredient purees suitable for the first complementary food of babies. The plant has its own certified physical and chemical laboratory," noted Lavrova.

"Due to changes in the ruble exchange rate and logistics in March the feed from Germany became more expensive, because the payments for the goods of foreign producers are made in foreign currency. The prices for the domestic pet food might go up, but not as much," - the newspaper's spokeswoman says.

Some pet products are made exclusively for VkusVilla. For example, canned wet food for cats and dogs "Eletsky meat factory" from the Lipetsk region. "Eletsky Meat Combine" cooperates with nearby farms and actively develops them. Today the enterprise produces 1 thousand tons of products every month and produces animal feed under foreign brands.

The products will be constantly shipped and supplied to stores and chain stores.

According to a company representative, the retail chain works not only with large producers, but also with small and medium-sized businesses.

"To become a supplier of VkusVilla, you do not have to produce goods in a volume that can cover the demand of all customers. The company has a Regional Shelf project aimed at finding small producers in the regions. It is important for inhabitants of a particular city to see in the total number of suppliers and familiar to them goods from local companies", - said the expert.

Now on the regional shelves - in Kazan, St. Petersburg, Yekaterinburg and other cities of the country - there are products of about 50 local producers. The assortment includes more than 140 product items in various categories. 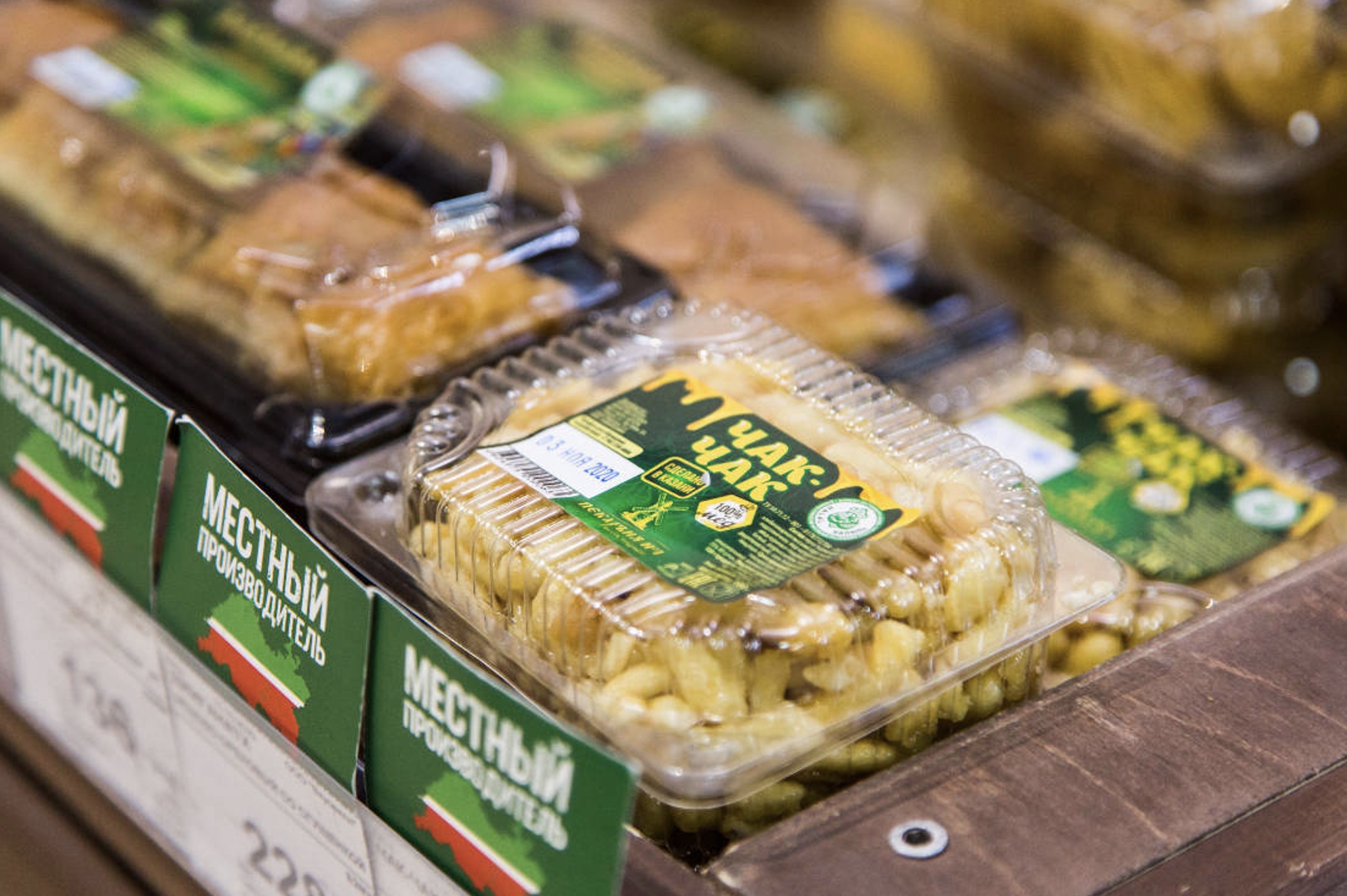 According to Lavrova, direct deliveries from local suppliers to stores have greatly helped expand the assortment, including national cuisine products. "The regional shelf serves as a springboard for small producers from the regions and opens up the possibility of supplying goods to remote Russian cities. It already has successful examples in its arsenal of expanding supplies to the entire network," she said.

As Lavrova pointed out, the fact that a product is made in Russia doesn't always make it 100 percent Russian. The country, she said, can produce any product - "from mozzarella and cheeses with noble mold to meat delicacies and fine desserts," but it does not exclude the imported components.

"It's packaging, some of the raw materials or components of production equipment that come from abroad. To ensure that the new conditions do not affect the availability of products, VkusVill together with producers actively seeks out and finds ingredients that are produced in Russia or in Customs Union countries," Lavrova shared. 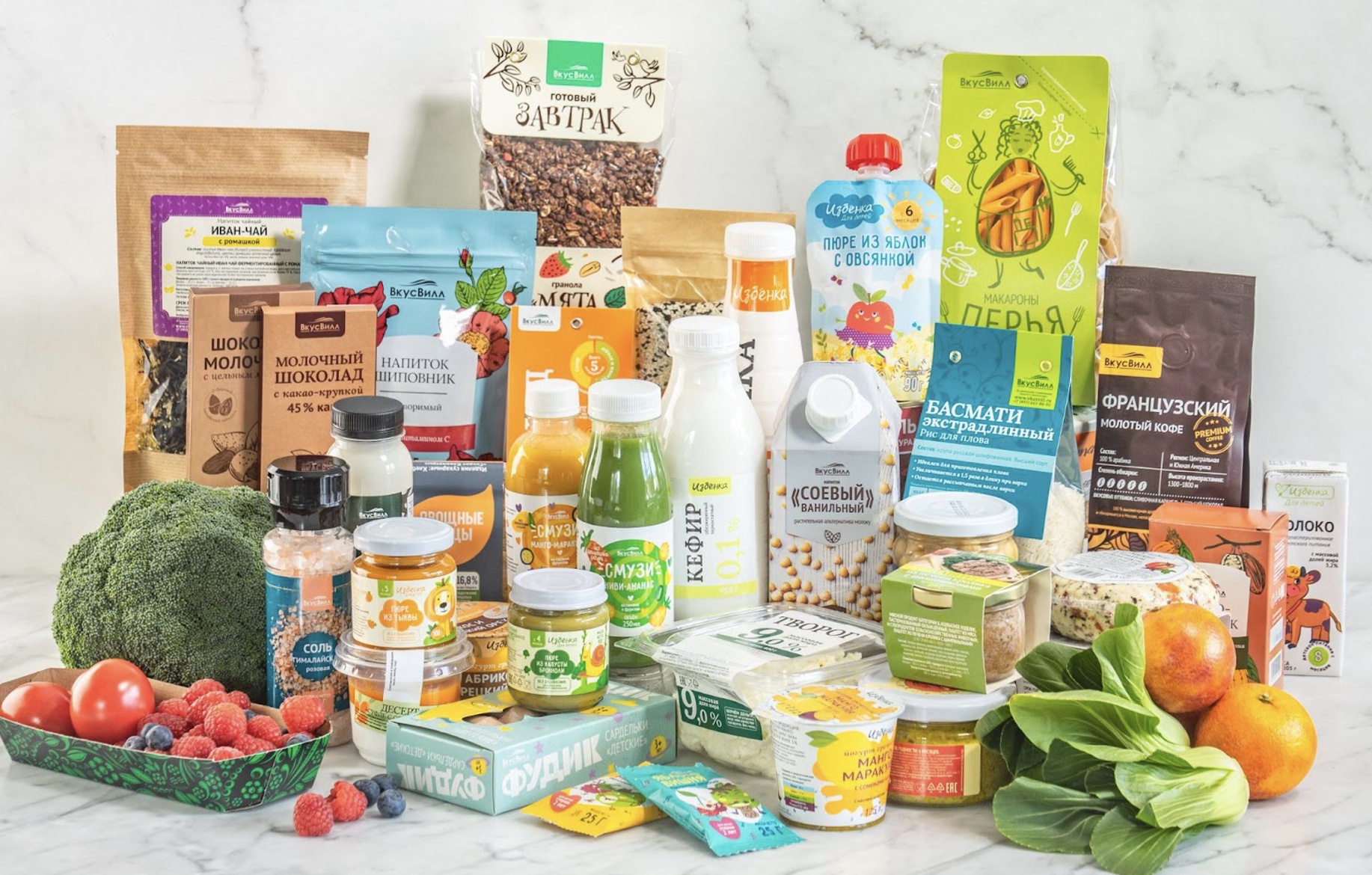 Most packaging in Russia is made using imported raw materials, she stated. "The same carton for milk - the carton itself is made in Russia, but raw materials are supplied from other countries. Somewhere it is part of the raw materials: for example, jars for vegetable and fruit puree are made in Russia, but the lids for the jars are imported. We have already started to review some processes and are testing domestic analogues of raw materials for cardboard bags. We are also considering alternatives to Tetra Pak: bottles, cups, doy-packs and fin-packs," said the company's representative.

Replacement of ingredients and packaging will reduce the cost of the product on the shelf, the expert believes. "There are already successful cases. In the "VkusVilla Culinaria" category, "Caesar" salad with Peking cabbage in rectangular plastic containers appeared - the price is 26% lower. Pavlova" meringue dessert and "Honey" cake with new décor, replacing berries in the recipe, also appeared on sale, thanks to which we managed to contain the possible price increase by 15%," she added.

Overall, according to Lavrova, it's more important than ever for businesses to build flexibility. "If we talk about the difficulties caused by new conditions, we try to promptly resolve them as they appear. We have always said that we have no long-term planning, and this once again helps us to adapt to new circumstances and continue our development," she concluded.

VkusVill is a fully Russian business - the company is registered in the Moscow region, has its own supply chain, and the share of imported products is minimal.

At the moment there are over 7700 product items in different categories under the company's brand. The company owns more than 1300 stores and 120 darkstores in 62 Russian cities.

For the latest news read our Telegram-channel .

Author: Alexandra ZaslavskayaMade
in Russia // Made in Russia